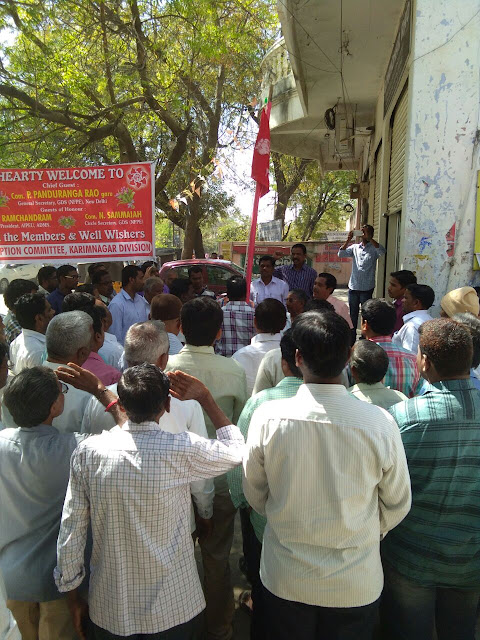 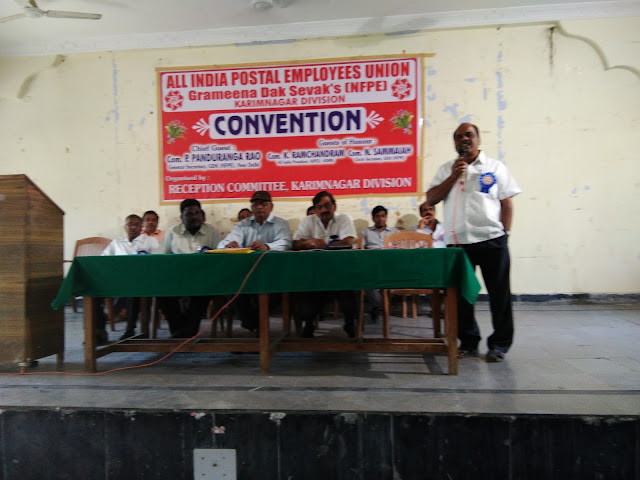 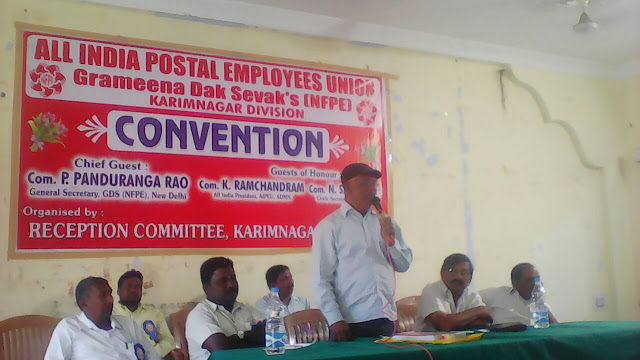 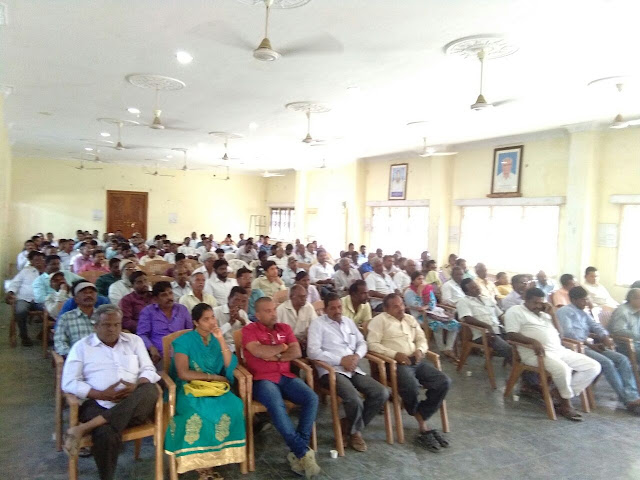 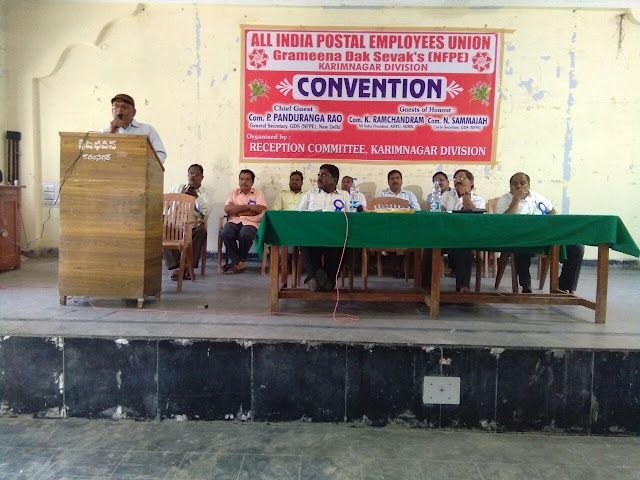 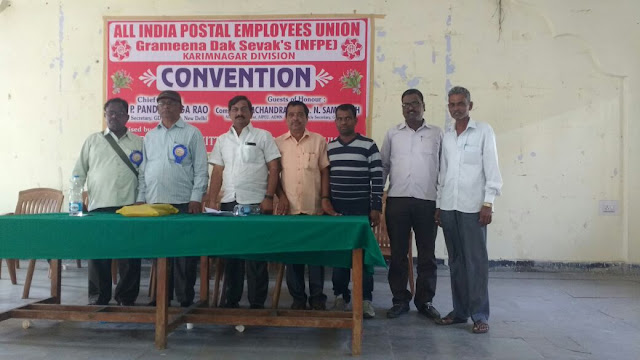 More than 200 GDS comrades attended the meeting and 6 GDS Comrades participated in the deliberations.
Com.Sudhakar, Divisional Secretary, GDS and his team organized the meeting in a very good manner and deserved all appreciation.
Posted by TELANGANA-GDS at 08:24